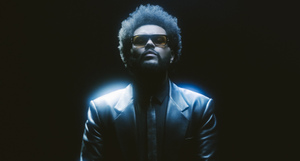 What sound will the Weeknd adopt after retiring the 80s/70s sound?